Essential​ Tips for Learning English as a Second Language 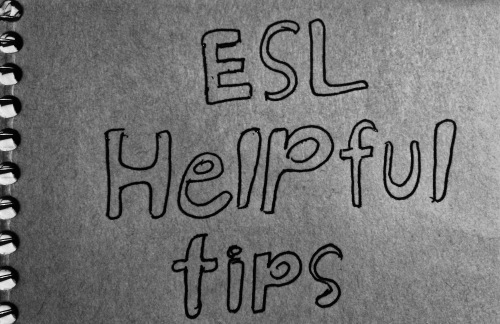 Having taught English as a second language in some of Lahore’s prominent universities, I have seen the recurrence of a typical pattern of questions and concerns that my students would raise in the classes. Some of such concerns included their inability to speak fluently in the English language, their confidence levels that had been lower regarding speaking in front of their classmates, and their complaining about not being able to speak in the native accent of English speaking countries. I feel after teaching the English language for 12 years, I am able to identify where the frustration of not being fluent in English originates from usually.

I remember, in my ‘Fundamentals of Speech’ course that I taught at Forman Christian College for seven years, I would always allocate the first class of the course to ask students about their fears and comfort levels of speaking in front of an audience. I have myself known this frustration of learning English perfectly while being a student, and I know much of the urgency about learning the English language comes flawlessly from our complex class dynamics where command over the English language is directly connected to the strata of society one belongs to.

In my classes of English as a second language, I always felt it was imperative to let my students know the differences between L1 and L2 in language learning. L1 is the first language that one learns from birth; this is thus the mother or native tongue. L2 is the foreign language that one learns after learning the first language. I don’t think, given the circumstance is normal and smooth, any of us remembers the struggle of learning the first language since L1 comes almost effortlessly and unconsciously. How is it that learning a second language becomes so challenging, especially if it is done after the formative years of early childhood are over? Does it happen because the imprint of the first language has already become so ingrained in consequence of sociocultural ease that comes with it? Is the unconscious unwillingness to indulge ourselves in the complexities of second language acquisition an outcome of being extremely comfortable with the first language, that somehow oozes into our personal and collective identity politics too?

There can be multiple reasons for second language acquisition being much more challenging than the first, however, to seek perfection of accent in speaking a second language might be an unrealistic goal. While aiming at learning any language that is learned after the first language, one has to have in mind that improvement in learning the second language comes gradually, and with much patience and perseverance. Many youngsters in Pakistan are at a natural advantage of speaking better English than others for attending a ‘superior’ school, thanks to our unfortunate and unequal system of education and choice of syllabi that varies in all the schools.

However, a learner has to keep in mind that a good accent and better fluency might seem like a quick ladder to success, yet in the end, it is not the perfection of accent but the clarity of ideas that matters. The attention should be on the right use of language for the learning purposes, and not on acquiring a perfect accent to impress. I was amazed after coming to the US to see how people from different parts of the world had very imperfect accents and fluency when it came to English, and yet they felt confident in explaining their ideas in the classes without being embarrassed by their imperfections. English as a second language is mostly taken as a tool of learning rather than an instrument of proving your worth.

Now, I will outline some tips for the English as a second language learner, especially those who are keen to be proficient at speaking and writing skills. Improvement comes when you are willing to improve. Learning becomes easier when you provide yourself with a conducive environment. When bent on improving English, surround yourself with this language. Read and listen to the news in English. Give yourself any topic at random a day; keep thinking about that topic (in English preferably!) during the day, and at the end of the day, write a page about it.

Talk to yourself in English about that topic while standing in front of the mirror. You will feel awkward and dumbfounded at first, but trust me, this helps. I am saying this because I did it myself a lot! Most important tip: do not feel insufficient. Speaking wrong English while learning, or having an imperfect accent is not a stigma on your learning ability. There are no imperfect accents, since having an imperfect accent of a second language is a sign of knowing and having a first language, and the first language is one’s identity. Be proud of who you are. Let the traces of the first language seep into your second language, and be comfortable with it. As they say, ‘Never make fun of someone who speaks broken English. It means they know another language.’ I started loving Urdu and my native Punjabi language much better after coming to the US since only after being away from my country I realized how my first language was an essential and potent part of my identity. Be a proud bilingual, beautifully broken yet perfectly imperfect!

Author: Naila Sahar is a Fulbright scholar from Pakistan and currently pursuing Ph.D. in English from State University of New York at Buffalo. She has taught English Language and Literature and business communication for 13 years.

By Aslam Kakar in Writing on 26 Feb 2018.
← Why Write? Some Reflections Overcome These 3 Problems to Stay on Top of Your Writing →