The Pashtun Black Decade-and-Half in Pakistan 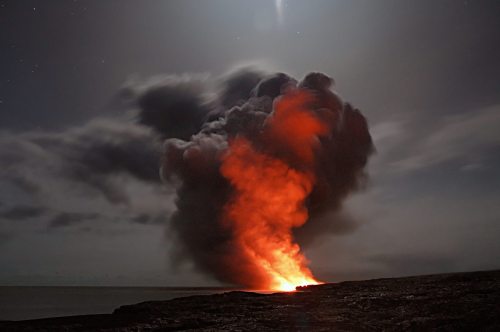 In the 1990s, in the civil war between Algeria’s ruling National Liberation Front (FLN) and the Islamic Salvation Front Party (FIS), 200,000 Algerians lost their lives. The period came to be known as the “Black Decade” or the “Red Decade” due to the spilled blood of the innocents. Both the government forces and FIS were accused of committing atrocities again civilians. They particularly targeted Algerian intelligentsia and journalists.

In the wake of 9/11, the people of Pakistan, particularly, the Pashtun ethnic group met a similar fate at the hands of the Taliban and the armed forces. It is public knowledge that close to 70,000 Pakistanis have lost their lives to violence by the Taliban and other sectarian groups in the country. Violence against the Pakistani state and society ensued from drone strikes on Taliban leaders and the killing of Hakimullah Mehsud in 2004, and the eventual creation of Tehrik-e-Taliban Pakistan or TTP in 2007.

However, what is not public knowledge yet is that the Pashtuns of Pakistan suffered the brunt of the war both by Taliban and government forces. According to the South Asia Terrorism Portal data, from 2005 to 2016, in proportional terms, 82 percent of fatalities from terrorist violence took place in Federally Administered Tribal Areas (FATA), Khyber Pakhtunkhwa (KP) and Balochistan, which are predominantly Pashtun-populated regions. In numbers, out of 58,855 deaths, 42,094 were from FATA and KP followed by Sindh with 7,732 casualties, Balochistan with 6,010 casualties and Punjab with 1,972 casualties.

The atrocities of Pakistan army and other security agencies were hidden from the public eye until the merciless murder of a young businessman and aspiring model Naqeebullah Mehsud on fake terrorism charges in January 2018 by police in Karachi. Naqeebullah was an ethnic Pashtun displaced to Karachi by violence in his hometown of Waziristan. His death proved to be the last straw that broke the camel’s back, as it gave unprecedented impetus to the boiling rage among the Pashtun youth regarding atrocities committed on their land and against their people during the war on terror.

In February 2018, a new rights-based movement, The Pashtun Tahafuz (protection) Movement or PTM, emerged under the leadership of a young tribesman Manzoor Pashteen to protest against the perpetual cycle of violence against Pashtuns. PTM is demanding justice and accountability for the extrajudicial killings and disappearances (by thousands) of innocent Pashtun men and mistreatment of the local Pashtuns in northern areas by Pakistan army. The movement has the support of an overwhelming number of Pashtuns inside and outside Pakistan. Pashtuns in Europe, Canada and the United States are mobilizing people and resources to pressure the state to accept PTM’s demands.

The state, which is basically the Pakistan army, has nullified the demands of the PTM by calling it a propaganda of the foreign “enemies” against Pakistan. It has however not provided a shred of evidence, but mere allegations and speculations. The state, allegedly the Army and its spy agencies, has harassed, detained and tortured and even killed PTM activists

The institutions responsible for justice such as the judiciary and the national parliament have not taken any concrete steps to address the grievances of the movement. The recent 26th amendment to the constitution that will increase the representation of tribal areas in the national and provincial assemblies, is a tactical deflection from the main demands of PTM. Representation has surely been long overdue but mere representation in the future can not absolve institutions complicit in horrible crimes against innocent people in the past. PTM’s leadership needs to be alert to this diversion.

Historically, it is usually the power of the people that have brought the rulers to their knees. PTM is that power in the history of the Pashtun struggle for rights and autonomy over their lives. It has no other way but to resist and demand justice for what I now call the Black Decade-and-Half that the Pashtuns in Pakistan have endured.

By Aslam Kakar in Writing on 19 May 2019.
← The nature of political power 4 ways in which unarmed insurrections may weather repression in nondemocracies →