Home » Writing » In search of identity

In search of identity 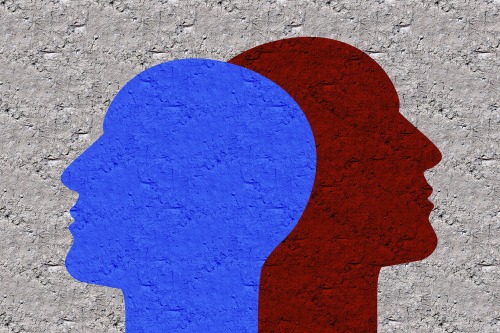 The last time I saw my family was six years ago, before coming to the States. I talk to them over the phone now but it does not feel real. A lot has changed since then. New members have joined the family. Some family members have died. Their widows and young children are on God’s mercy because that is how life is in a small, poor village in rural Pakistan. My mom has grown weak and old. One family member, I was told recently, is terminally ill.

There have been tragedies which I keep mourning. And there have been happy occasions which I have missed. However, I also feel like living in a dream. It is not distressing but it is just that life does not feel true. Some call it an identity crisis. Others call it a state of un-belongingness. Whatever it may be, my identity has been shifting in many ways. I am a different man from the one I left in the village one sunny afternoon six years ago. I have transformed in ways which would be unthinkable back in the village. But I also feel I have not changed at all, which is a paradox.

I spent the first twenty years of my life in the village. Now at thirty-one, I live an hour by train from one of the world’s busiest and most populous metropolises, New York City. It is not that I am shocked or in awe (which I was both at first sight), but I am surprised by many things around me. Some of these things are quite trivial. I go to the bar, drink and enjoy but it still does not seem like my thing. I go to the beach and have fun but it still does not feel part of me. Sometimes, I even doubt if I had any fun. I have dated, had relationships but even dating at times seems foreign to my identity. None of these choices are imposed, of course.

I have wanted to do all of this but it still feels novel and, oddly enough, strange sometimes. However, these feelings are not constant realities. They shift from time to time. As I reflect on my life, I feel socialization plays a big role in one’s thinking about the world and their place in it. I grew up with a unique set of values and philosophy of life. The family came first. Parents enjoyed the utmost respect. Death was a constant reminder at the mosque. Praying at the mosque five times a day was compulsory. These were one set of principles I absorbed as a child and teenager.

As an adult, I was introduced to a new set of values. Dating was unacceptable. In fact, I did not know any such thing existed until I met my Turkish classmate in college in Lahore, who had a girlfriend in Turkey. Marriage was arranged. Contact with a stranger woman was deemed odious. The man who stayed away from women gatherings at family weddings was considered the most respectable. Reading or writing as an avocation was looked down on a waste of time. Philosophy was considered the subject of madmen. Questioning subjects such as God and religion was profanity. Quite random picks but such are the shifting sands of memory.

I imbibed these lessons like a sponge. I had to. It took me over a decade to change my ideas about most of these things. Although I have reoriented my understanding, it seems like there is still a deeper layer to my identity that remains unchanged, at least until now. Sometimes it feels like a hole or emptiness, like something is missing. One feels homeless at home, aloof around people and hopeless in a place which many from around the world come to for hope of a new future. One advantage of this uncertainty or confusion, however, is that it has made me more curious about the predicament of human existence and my place in it.

This predicament has turned me to some of the best philosophers and thinkers of all time to see what they thought about life. How they lived. In the last five years, I have collected books by Plato, Hume, Nietzsche, Mill, Aurelius, Frankl, Caums, Dawkins, Iqbal, Orwell, to name only a few. Most of my time spend in reading these madmen because I feel alive in their company. I may not have much in common with the men on the street but these madmen talk about things that are universal. Things that I used to think about in the village but did not comprehend.

I read five or more books at a time. My persistent side interests besides academia in reading are philosophy, positive psychology, religion, war and politics. About two years ago, I also began to read poetry. The topics that interest me particularly are ethics, justice, power, violence, love, beauty, empathy, death, life, mind and much more. This sounds overambitious but most of these topics are parts of a bigger whole.

I think my curiosity stems from uncertainty and the desire to know more, to try to be wise, as the saying in German goes, “wage es weise zu sein (dare to be wise).” Wisdom for me is not knowing-it-all pretentiousness. That is beyond impossible. Wisdom is silence, too. One has to read to know when one has to keep quiet and let someone else speak. My ambition is to discover who I am in my context, so that I can be of a little use to humanity.

While in search of identity, I miss home and struggle to preserve part of the young man from six years ago, so that I have something to share with my family when I see them next.

By Aslam Kakar in Writing on 10 Jun 2019.
← What would Orwell say about Pakistan Army’s repression of Pashtuns? America is unlikely to pressure the Pakistan Army, but PTM should knock on all doors for justice  →